The deadline for all 32 NFL teams to have their rosters cut down from their current state to 53-players is tomorrow at 4 PM EST, and most teams around the NFL have already started making critical cuts.

Head coach Brian Flores spoke about the tough decisions ahead for his staff over these next 24 hours. Here’s what the Miami Dolphins head coach said during his Monday morning press conference.

“We’ll probably – we were actually just meeting this – make a few today and then make the finals tomorrow. Obviously, we have to do that tomorrow by 4 p.m. It’s always a tough day. There’s always tough decisions to make. You start thinking about what you’re going to say to the player; but yeah, probably some today and some tomorrow.”

Those cuts that Brian Flores promised have already started. And we here at The Phinsider will have you covered with up-to-the-minute news and analysis through the night and tomorrow’s 4 PM Deadline.

Here is the latest on the Miami Dolphins 53-man roster cuts.

54 players on the active roster? ( I think ) Doesn’t feel like those were all the players the team needed to cut, but I don’t know. Updated last on 4:15 PM ET)

UPDATE: 9:58am ET, 8/31: It has not been made official or reported as a completed move yet, but according to the Miami Herald’s Barry Jackson, rookie offensive tackle Larnel Coleman is likely headed to Injured Reserve on Tuesday, and it could come before the 4pm ET roster deadline, which would end Coleman’s season. The rookie has a knee injury and will require surgery which could sideline him for at least a couple of months.

Safety Nate Holley, the onetime CFL rookie of the year, has been released by the #Dolphins, per source.

The Miami Dolphins have released EDGE Tyshun Render per Barry Jackson of the Miami Herald.

The Dolphins released center Matt Skura, according to NFL Network’s Ian Rapoport. The move should not come as a surprise (despite Rapoport’s tweet), given the team’s trade for Greg Mancz, who will likely make the team as the backup to Michael Deiter at center and for the guards. Skura could be re-signed by the Dolphins after Week 1, which would prevent his entire salary from being guaranteed. It also frees up $1.35 million in cap space.

The Dolphins have also released fullback Carl Tucker, according to the Miami Herald’s Barry Jackson. Tucker seemed a camp body who never really caught on. Miami will likely use either a tight end or defensive lineman Christian Wilkins if they need a fullback in short-yardage situations.

The Dolphins are releasing linebacker Benardrick McKinney, according to NFL Network’s Ian Rapoport. This one is a little surprising. The Dolphins acquired McKinney in a trade back in March, sending a 2021 sixth-round pick and Shaq Lawson to the Houston Texans for McKinney and a 2021 seventh-round pick. McKinney appeared to be a starting inside linebacker for the Dolphins, though he never jumped off the page during the summer. The Dolphins likely are looking at Elandon Roberts to start next to Jerome Baker now. Roberts started the season on the Physically Unable to Perform list with a knee injury, but since being cleared has been playing really well. It appears he was playing well enough to make McKinney expendable.

Interesting sidenote, Lawson was traded by the Texans to the New York Jets on Sunday, meaning neither player is with the team who traded for him.

The #Dolphins are releasing LB Benardrick McKinney, source said. After arriving in a trade from the #Texans, McKinney is now on the move again.

NFL Network’s Tom Pelissero is reporting the Miami Dolphins are interested in stashing Sinnett on the practice squad, which makes a ton of sense given the uncertainty that surrounds the position.

Nevertheless, the news is bitter-sweet for a guy that just led the team to an improbable 29-26 win over the Cincinnati Bengals. Here’s to hoping he lands on the practice squad because what we saw from Sinnett was impressive, to say the least.

The #Dolphins waived QB Reid Sinnett, source said. He finished preseason with a 107.7 passer rating. They want him back on practice squad.

Jackson announced a few minutes ago that the Miami Dolphins have released cornerback Cre’Von LeBlanc. LeBlanc had a forced fumble last week vs the Atlanta Falcons, and with experience starting in the league, I would have guessed he would have been one of the players on the roster when all is said and done.

The veteran cornerback is now a free agent.

I’m likely just going to add the rest of the cuts to this thread right here.

If you’re not following Barry Jackson by now, you need to change that.

All of these reports come courtesy of Barry Jackson of the Miami Herald.

Dolphins releasing Malcolm Perry but will sign him to p-squad if not signed, per team source

The Miami Dolphins have now officially announced their 53-man roster.

Rams cut tracker 2021: All the news and rumors leading up to final cuts

Wed Sep 1 , 2021
We’re tracking the Rams cuts below, as well as relevant cuts around the NFL this week. The deadline to get down to 53-man rosters is set for Tuesday at 1 PM PT. If you’re curious about what the LA Rams final 53-man roster looked like a year ago, check it […] 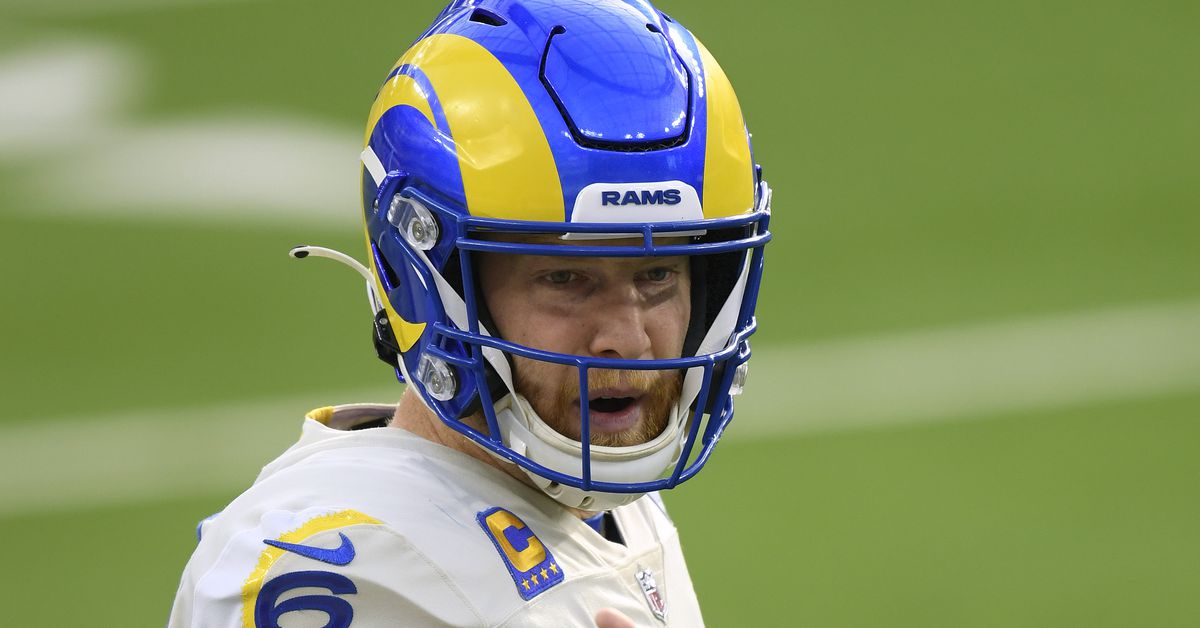