In 2001, a hashtag was, well, just a hashtag. Mostly just a visual representation of the word “number” for people who were too busy or too lazy to type “No.” as the abbreviation. Today, the hashtag is a ubiquity, an invitation to a worldwide conversation on whatever topic people might want to discuss. And, hashtags likely to be trending on Twitter throughout this weekend are #Neverforget and #Neverforget911.

What, I sometimes wonder, are we neverforgetting.

The answers to those questions may be different for each of us, and the variety of responses will surely be evident in the millions of 280-word tweets that will appear under those hashtags throughout the next several days. We hope you’ll also find some for yourself as you see the deeper reflections we’ll be publishing through this weekend and perhaps beyond. But there is one theme that I think will resonate with all of us who lived through that day. It, I’m afraid, is something we have forgotten, or at least have set aside.

I have worked in newsrooms during most of the memorable tragedies of our time and our communities. The resignation of a U.S. president. The failed mission to rescue the hostages in Iran. The space shuttle Challenger disaster. Iraq’s invasion of Kuwait and the short war it spawned. The Oklahoma City bombing. Countless devastating storms and mass murders.

I have never experienced any event in the news like the shock of 9/11.

The day itself was a blur of remarkably professional people struggling against their personal emotions to do the job of reporting the most bitter of a nation’s stories. For days into weeks afterward, the private thoughts of each individual were apparent in every conversation, every news meeting. Somber. Troubled. Broken-hearted. There is no single word to describe the mood.

And, whatever that mood was, it appeared to extend into every corner of the country. There were no red or blue states. No RINOs or DINOs. No vaxers or anti-vaxers. No left or right wings. No complaints of lost greatness. No enemies of the people.

Just Americans, united in grief, as though we’d all lost the same beloved family member at the same time of the same day. For a brief few weeks and months, we all recognized something more important than any of those things that divided us. We cherished our shared humanity above our political and social rivalries.

That spirit, sad and resolute as it was, seemed to underlie every news story during that time. The Daily Herald placed an American flag in our front-page nameplate on that day as, in the words of our then-President now-Publisher and CEO Doug Ray, “a unifying symbol.” The flag remains there today, and as we mark this milestone date, I can sometimes almost feel that spirit again. I hope we all can recover some of it as we take in the news stories and, yes, hashtags on this cruel occasion.

Without, of course, the horror.

Thu Sep 9 , 2021
What you have to have to know: Optimism between tiny businesses: 68% of 600 tiny and medium companies surveyed predict their organization will be far better off in a year vs . now. 53% say the in general state of their small business is greater than it was in August […] 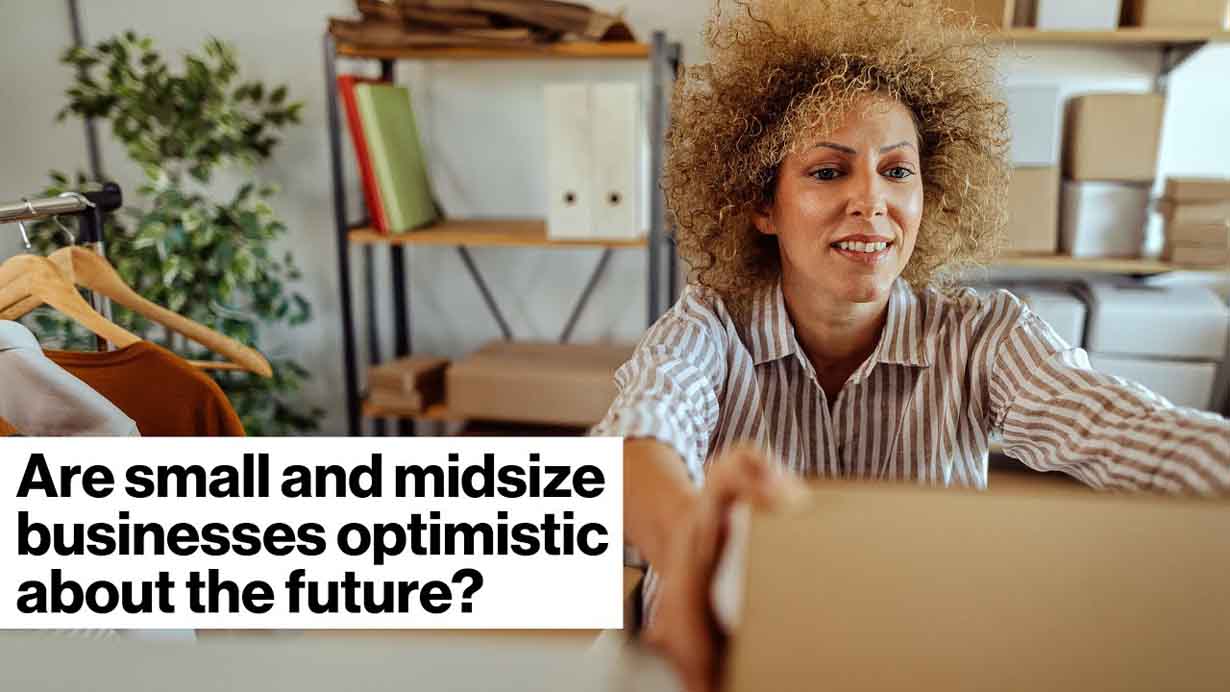